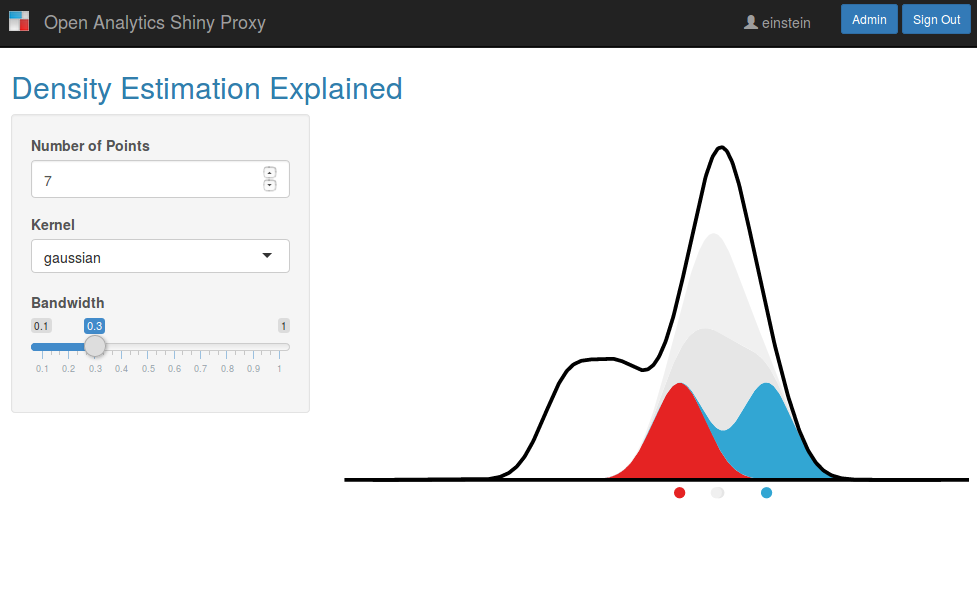 ShinyProxy is your favourite way to deploy Shiny apps in an enterprise context. It has built-in functionality for LDAP authentication and authorization, makes securing Shiny traffic (over TLS) a breeze and has no limits on concurrent usage of a Shiny app.

ShinyProxy is 100% open source, released under the Apache License version 2.0 and the sources are on Github.

When deploying a Shiny application with ShinyProxy, the application is simply bundled as an R package and installed into a Docker image. Every time a user runs an application, a container spins up and serves the application. This has numerous advantages:

The ShinyProxy only uses functionality that is available in the open source R package and does not rely on any server version of Shiny. This allows for a clean separation between the statistical/business logic in R and the management of the applications in ShinyProxy.